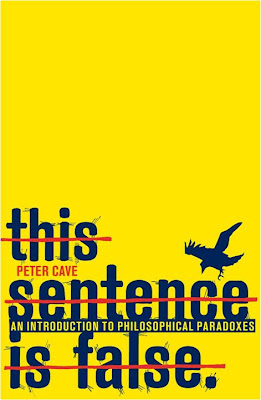 This title has an obvious paradoxical and logical (illogical?0 ring - but there are many paradoxes in our everyday lives, from the sayings of politicians to the rules and regulations that generate bizarre outcomes, because of their inflexibility, to simply the way in which we hold each other responsible as free agents, yet do we have any firm grip on what it is to be responsible? What counts as our being free?

Well, this introduction to paradoxes, covers the well-known logical and space/time paradoxes, but also ones of politics, religion, everday life - and even the meaning of life!


With the inspiring and touching news of the assisted suicide by Sir Edward Downes and his wife, is it not time for further thought on the matter of assisted suicide and voluntary euthanasia – and a change in the legislation?

This couple had to travel to Switzerland, instead of having their deaths in familiar surroundings, maybe with friends. This couple were lucky enough to have the knowledge and money at least to make use of the Swiss facilities. How unfair for others needing to embrace death, yet who lack of the wherewithal!

When lives have gone well, the need to embrace death is obviously very sad; but not as sad as spending a last few months or years in pain, distress, or hopelessness. Of course, some religious believers speak of the sanctity of human life – though we may note that that concern does not usually extend to giving up many luxuries to help the starving and the dispossessed. Some religious believers speak of not interfering with God’s ways – yet, as David Hume pointed out, they happily interfere with God’s ways when those ways are pointing to death.

Of course, what is often wheeled out is the slippery slope argument. If voluntary euthanasia is permitted, the slide will commence and we shall end up with many cases of people being persuaded to go for euthanasia, being pressurized into it – even into our accepting blatant involuntary euthanasia.

Were that sort of argument sound, then surely this one would also be sound. We should not permit voluntary sexual intercourse. In permitting it, we are giving the green light to people being persuaded against their true feelings into having sex, to date rapes and blatant violent rapes. Yet, no one seriously puts forward that argument. Why? Because they know that there is a clear distinction in many, many cases between someone voluntarily saying ‘yes’ to sex and someone not voluntarily saying ‘yes’. The slope is avoided through educating people about the importance of consent – and through the law.

We permit voluntary hairdressing. Do we, as a result, fear that people will slide into being frogmarched to the hairdressers?

We value people being allowed to flourish in their lives as best they can. A flourishing life – a full life – may often need to have regard to how death will come about. That is part of a flourishing life – and if people want to round off their lives in certain ways, instead of the ways of pain, indignity and hopelessness, then we ought not to interfere. It is a simple matter of the value of autonomy with regard to this most important matter. For more on this – well, modesty does not forbid – try my Humanism: a beginner’s guide.
Posted by Peter Cave at 00:16 3 comments: 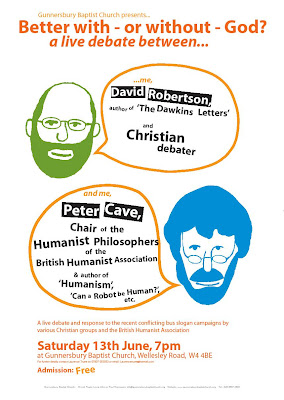 Hearing and seeing major philosophers from the past....

For some fine Bertrand Russell, interviewed - and note his troubles with sex and the States - towards the end of this linked part and then move to part 3, try Russell 2.

For Isaiah Berlin - and his stories about the great Maynard Keynes, Lydia Keynes and Wittgenstein, try Berlin.

More recently, following in the humanist tradition, there is Bernard Williams - after a long, long introduction, see/hear Bernard Williams (or BernNARD as he was introduced) and the following extracts.
And for the living, note the eccentric genius (pity the sound is bad), Saul Kripke.
Posted by Peter Cave at 16:17 No comments:

"Peter Cave brings to a serious subject his characteristic wit and humour, as well as wide knowledge and sharp insight. This is a very readable introduction to humanism - and a deeply human one."
Richard Norman, Emeritus Professor, Moral Philosophy, Univ. of Kent

"A book for our times. Read this as an antidote to unreasoning fear and the mental restrictions imposed by religious thought."
Polly Toynbee - President of the British Humanist Association

And for some wonderful humane music (though no doubt by a believer), try the splendid Jaroussky.

Comments at Humanism.
Posted by Peter Cave at 12:50 1 comment:

This webpage is slowly building up....
Recent 'humanist of soho' are: religion and atheist bus....
and see below for maze extract etc.
Posted by Peter Cave at 13:35

Recommend considering - ideally going along to - John Adams' Dr Atomic, at English National Opera. Some moving music - and thought provocations -....
Dr Atomic and trailer at: eno and batter my heart.
Posted by Peter Cave at 21:47 1 comment:

Contrary to what is often said, humanists and atheists are not thereby relativists. Inflicting pain on someone for the sheer fun of it - against that individual's will - is wrong...full stop. For some cut and thrust, try a teeny extract from a recent BBC Radio 4: extract

Indeed, the guest religious believers seemed almost to accept moral relativism. I do my best, but my best is far from good enough - maybe even wrong.
Posted by Peter Cave at 00:32 No comments: 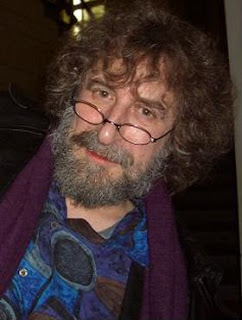 At a slant to the universe...

Forster was a splendid humanist - famous for his 'Only connect!'

He provided some good material for my Humanism - not least his
quip on receiving the Order of Merit, 'Had the Queen been a boy...'
Posted by Peter Cave at 14:10 No comments: 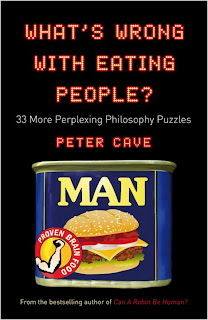 Of course, the wrongness depends on the wine...

There are puzzles and paradoxes - from princesses to chasing bears to the absurdities of life - and why we should (or should not) care about Thug.

On the run and What will be will be.

Some topics at Food for Thought.
Posted by Peter Cave at 00:16 No comments:

Absurdities - in Religion, Reason and Humanity

I am also aware, though, of the absurdities of our lives, even if non-believers. After all, incongruously, I enjoy religious choral music in chapel. After all, we all make use of words such as 'I' and 'self', yet do we have any clear concept of what a self is?

For more such thoughts, go to a short article on these absurdities: absurdities
Posted by Peter Cave at 13:28 No comments:

Can a Robot be Human?


These 33 puzzles fly us from starving Buridan's Ass, unable to choose, to Zeno's Tortoise who wins the race against the fastest runner in Athens. We also meet saints and sinners - and innocent murderers - and finally meet with an eternity that is the best that it gets.
For extracts:
Sympathy for the Devil and A Bale of Woe.
Posted by Peter Cave at 16:52 No comments:

Currently, I chair the Humanist Philosophers - more on humanism and other links are at the British Humanist Association, at: Humanism.

With the recent bombing of Gaza - and the missiles exploding in Israel - there was much wild talk about what counted as proportionate. For some more thoughtful thoughts by Walzer, go to On Proportionality.
Posted by Peter Cave at 12:40 No comments: